What we've been up to lately

Two weeks ago Cody and I got married, yay! Cody had one dosen red roses and one dosen white roses waiting for me when we got to our hotel room that night. Very sweet :) he also had oodles of twix and snickers. We've spent a lot of time talking about what we want our marriage to relfect about us and the goals we want to achieve, in the next year and for our lives, and the things we want to learn together.
He got me a boquet for my birthday, this one has lilies, and a few other very colorful flowers. That's one thing he's really good at is bringing me home flowers :) He also got me a few magazines, one of them is about how to make your newer house look old fashioned. It's really neat.
Since then we have just been hanging out around town. We went camping a few days ago to a small lake about an hours drive from here. 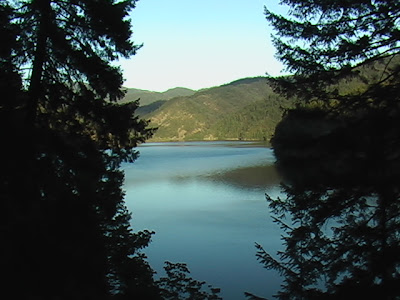 We used our handy GPS to go exploring and found berries and rosehips. 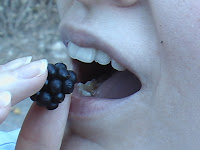 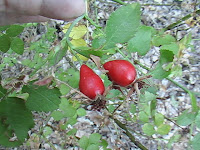 And, OH my goodness! the night sky was amazing! It was a new moon so it was really dark, we could see the milky way, and the stars were being reflected in the lake.

Sooo, when we got back I worked on redecorating the bathroom :) here are a couple before pictures. 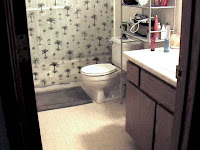 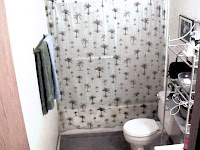 And here are the afters: 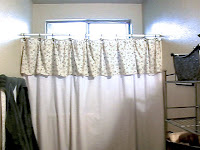 I made the shower curtain out of an old white sheet and some fabric my mom gave me at one of my showers :) 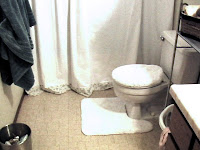 my Mother-in-law gave us most of the rest of the bathroom stuff. The towells were a wedding gift as well. 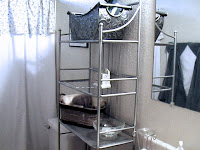 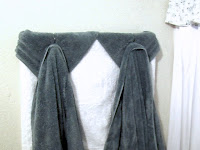 I made the mistake of thinking that there were only ten shower hooks that came in the package when there were twelve, not sure why I thought there were ten. But it ended up working out really well because I just used the two left over as our towel hooks. And it helped in disguising the ugly towel bar that the towels would have been hanging on.
Posted by Carina Rose at 12:06 PM No comments: